Which GPS System Do You Prefer?

These days, GPS systems come in all shapes and sizes. You can opt for a system that’s built into your vehicle, a portable stand-alone system like a

Garmin or TomTom. Then of course, there are a range of navigation apps for your smartphone.

We were curious to see which systems people preferred. So a few weeks ago, we reached out to Poquet Facebook fans to hear their opinions.

An overwhelming 61% preferred using GPS on a smartphone. A lot of people noted two key advantages of a smartphone – it’s always you, and maps are automatically updated. 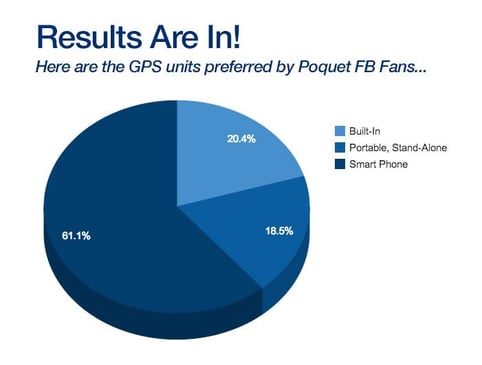 There were also some compelling points made in support of built-in units and stand-alone GPS systems. One person commented that a built-in has the advantage of boosting the long-term value of the vehicle. But the most common reason people preferred a built-in or stand-alone had to do with the fact that the units wouldn’t lose their signal. So, when traveling in areas with limited data coverage, the GPS would still perform.

However, it looks as though Google, with its recent Google Maps update, is vying to place the app as a go-to navigation option, even when you’re offline. Earlier this month, Google Maps integrated improved offline maps that allows users to easily save maps for offline use. 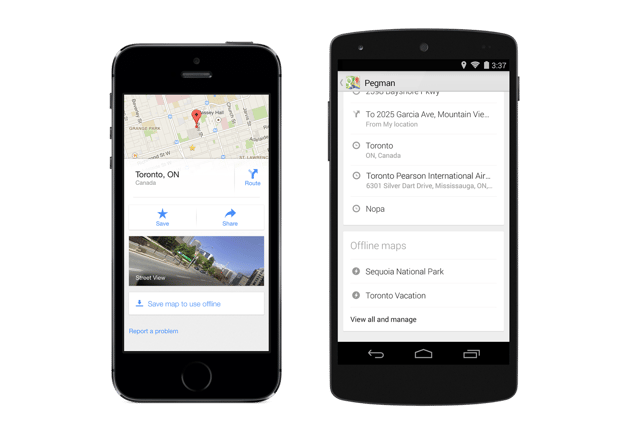 There was also an insightful comment from Poquet Facebook fan Bruce Button that highlighted the movement of some cars going toward a hybrid smartphone/built-in GPS solution:

I do like the trend towards car manufacturers changing their systems to a screen that replicates the phone display on the dash (i.e. Apple's CarPlay), but it remains to be seen whether it is priced right (not a several hundred dollar upgrade) and if it can keep up as the phone technology evolves over time.....a system sold today better work with the iPhone 10 in 5 years! Also would be best if it can work with both iOS and Android.....I don't want to buy a car based on what phone OS I choose to use.

Which GPS system do you prefer? Share your thoughts in the comments below.